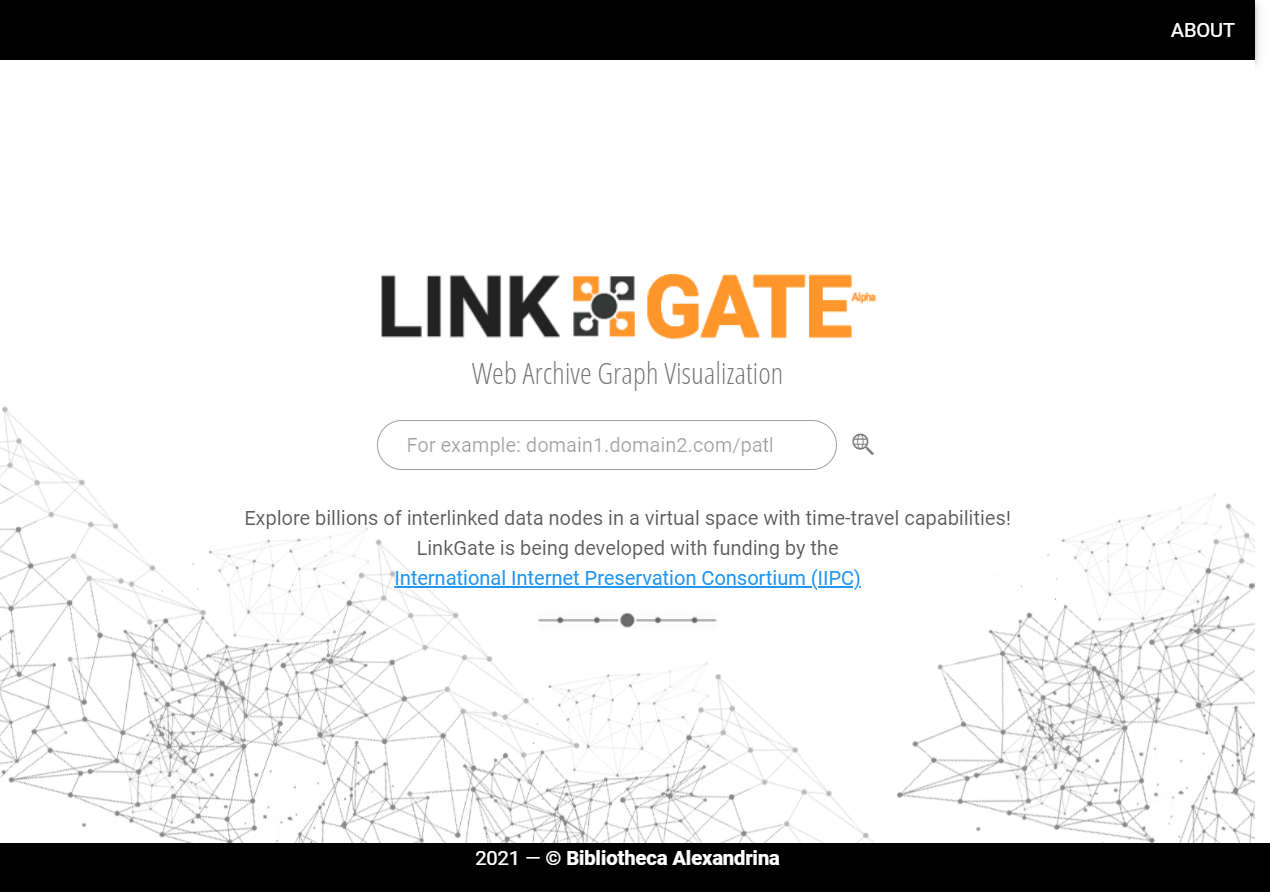 While tools such as Gephi exist for visualizing linked data, they lack the ability to operate on data that goes beyond the typical capacity of a standalone computing device. The main objective of the project was that the link visualization environment would operate on data kept in a remote data store, enabling it to scale up to the magnitude of a web archive with tens of billions of web resources. With the data store as separate component accessed through the network, data may be largely expanded on a server or cloud infrastructure and may also be updated live as the web archive grows. As such, this may be thought of as Google Maps for web archives.

The proposed link visualization environment sought to further the IIPC mission to “make accessible knowledge and information [acquired] from the Internet” by offering an alternative access paradigm where data is represented as nodes and edges on a graph, which would complement the traditional web archive access paradigm where data is represented as entries on a calendar. The proposed alternative access paradigm sought to eventually empower researchers with a tool for visually examining the interlinking among resources in a web archive and search for patterns that may lead to certain conclusions.

Being a development project, the proposed effort aimed to contribute to the IIPC goal to “foster the development and use of common tools” and is in line with the Tools Development actions of the IIPC Strategic Plan. Specifically, the general architecture of the project providing for 3 separate components that work together to deliver the link visualization environment, providing for an API for the link-serv component for interoperability, and design of a schema for representing temporal linked data in the data store were all consistent with the Tools Development short-term action to “foster a rich and interoperable tool environment based on modular pieces of software and a consensus set of APIs for the whole web archiving chain.” To “encourage use case-driven development” (also short-term Tools Development action), the project also includes the collection of “Research Use Cases for Web Archive Visualization” to supply a backlog of features for future development that builds upon the core functionality.

The link visualization environment intends to be a web archive access tool geared towards research use cases.